Home pageNewsRolling blackouts in Ukraine. Why is it needed and what you need to know about them

Rolling blackouts in Ukraine. Why is it needed and what you need to know about them

An “unprecedented” day, as Ukrenergo called Monday, October 10. Ukrainians felt the same in almost all regions of the country. Recall that in the morning the Russian Federation launched massive missile strikes on Ukraine, in particular, the terrorist state deliberately attacked the civilian population again, and this time on a large scale against energy infrastructure facilities in 11 regions and Kyiv. As a result, the power supply was disrupted almost throughout the country, there were interruptions in communication. Problems with water supply arose in 8 regions. 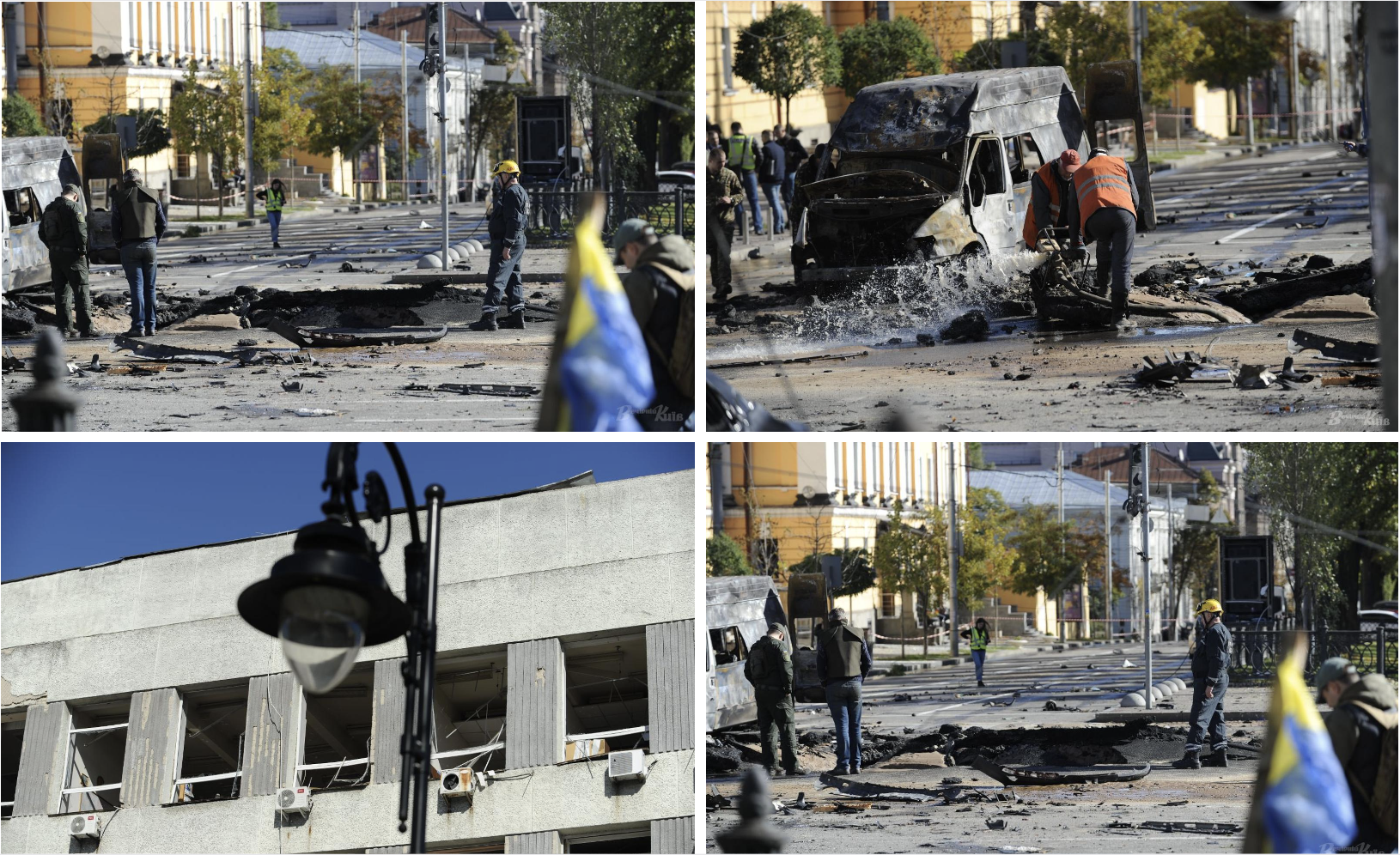 “We are dealing with terrorists. Dozens of missiles, Iranian “Shahids”. They have two targets. Energy facilities – throughout the country. Kyiv region and Khmelnytsky region, Lviv and Dnipro, Vinnytsia, Frankivsk region, Zaporizhzhia, Sumy region, Kharkiv region, Zhytomyr region, Kirovohrad region, south. They want to panic and chaos, they want to destroy our energy system. They are hopeless. The second target is people. Such a time and such targets were specially chosen to cause as much damage as possible. Stay in shelters. Always follow safety rules,” said the President of Ukraine, Volodymyr Zelensky.

The State Emergency Service of Ukraine reported that as a result of the destruction of energy facilities in 8 regions and Kyiv, more than 30 fires broke out. For security reasons, the exact coordinates of the hits were not disclosed, but from open sources and comments, it became known about the targeted shelling of the Kyiv thermal power plant and a large-scale fire at the Burshtyn thermal power plant in the Ivano-Frankivsk region. In Lviv, the operation of the city’s thermal power plant was suspended due to the lack of electricity. 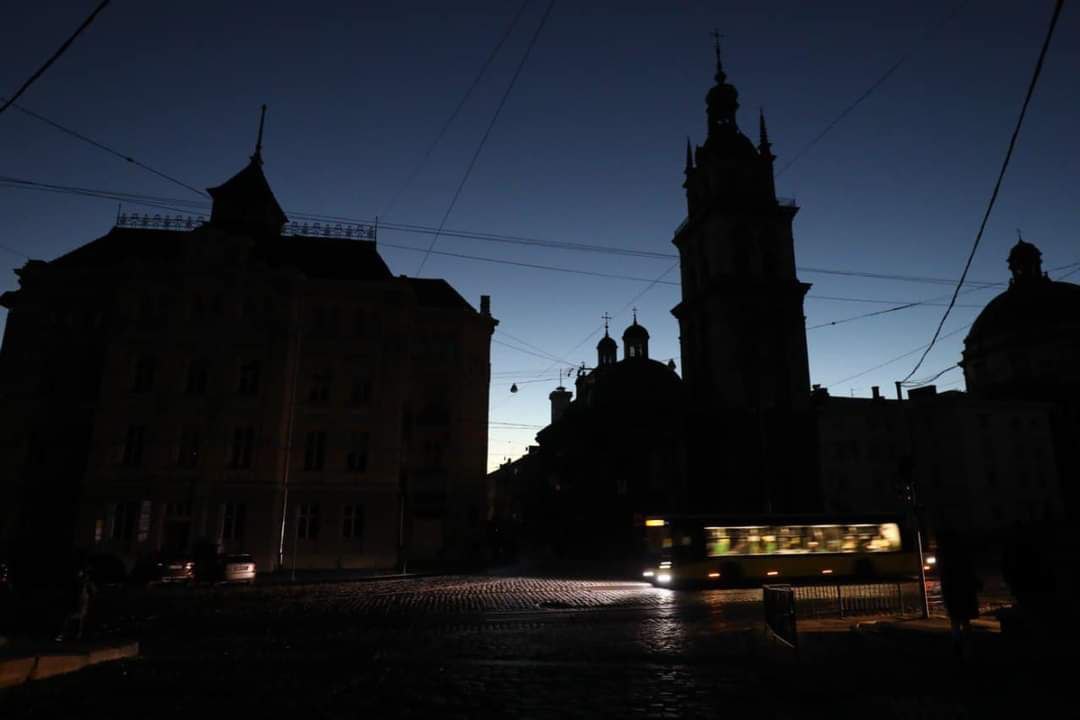 Power supply during the day was completely absent in Lviv, Poltava, Sumy, and Ternopil regions. Іt is partially broken іn the rest of Ukraine. By the evening, as Ukrenergo notes, the work of a significant number of energy infrastructure facilities that fell under the blow of the Russian Federation had been fully or partially restored. Where the destruction is extensive, recovery takes a little longer.

Additional consumption restrictions may be needed over the next few days so that our 24/7 maintenance teams can restore the grid as soon as possible and ensure a reliable power supply, and rolling blackouts. These will be controlled restrictions on consumption, and they will be temporary – for a few hours, no more, and will be carried out in full coordination with the dispatchers of Ukrenergo, – said the head of Ukrenergo Volodymyr Kudrytsky on the air of a single information marathon.

Therefore, the company has already announced regular temporary power outages in the capital and four regions of Ukraine. The emergency shutdown schedule has already been developed for Kyiv, Chernihiv, Cherkasy, and Zhytomyr regions.

It is expected that the duration of outages will not exceed 4 hours. Estimated shutdown time from 8:00 to 12:00. and from 20:00 to midnight. The shutdown schedule in the capital can already be viewed at the link. 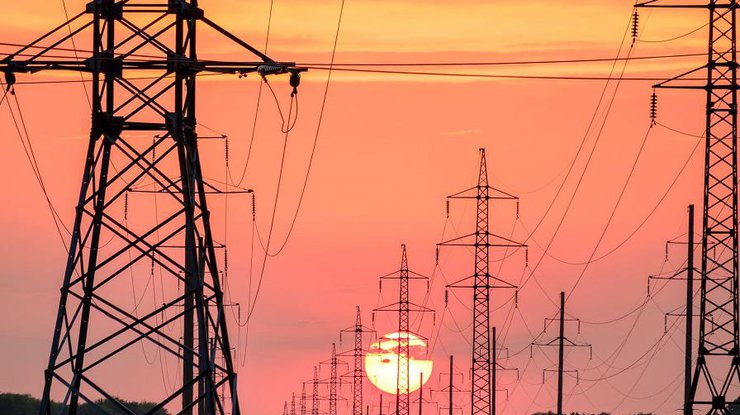 What is known about rolling blackouts?

These are serial or group disconnections of consumers from the mains. Such measures are often taken to reduce the load on the power system, and sometimes to relieve thermal equipment of substations and transmission lines. Shutdowns are used as a measure to protect against power system desynchronization and to prevent large-scale system failures that will take longer to restore the power system.

Power outages can be either single during peak hours or multiple. During planned power outages, specific rules apply:

✅Electricity suppliers are obliged to warn consumers about planned power outages no later than 5 days before they begin (or earlier, given the urgency of the situation). Warnings are published in the local media and on the Oblenergo website.

✅During the winter months, the duration of planned power outages should not exceed 8 hours per day.

✅ In addition to the date and time of the power outage, the message must indicate settlements and streets, and house numbers in which there will be no electricity.

✅ The reason for the shutdown must be indicated, as well as the start time of the shutdown and at least an approximate time for the restoration of the power supply.

✅ As a rule, local authorities are notified in advance of planned power outages. 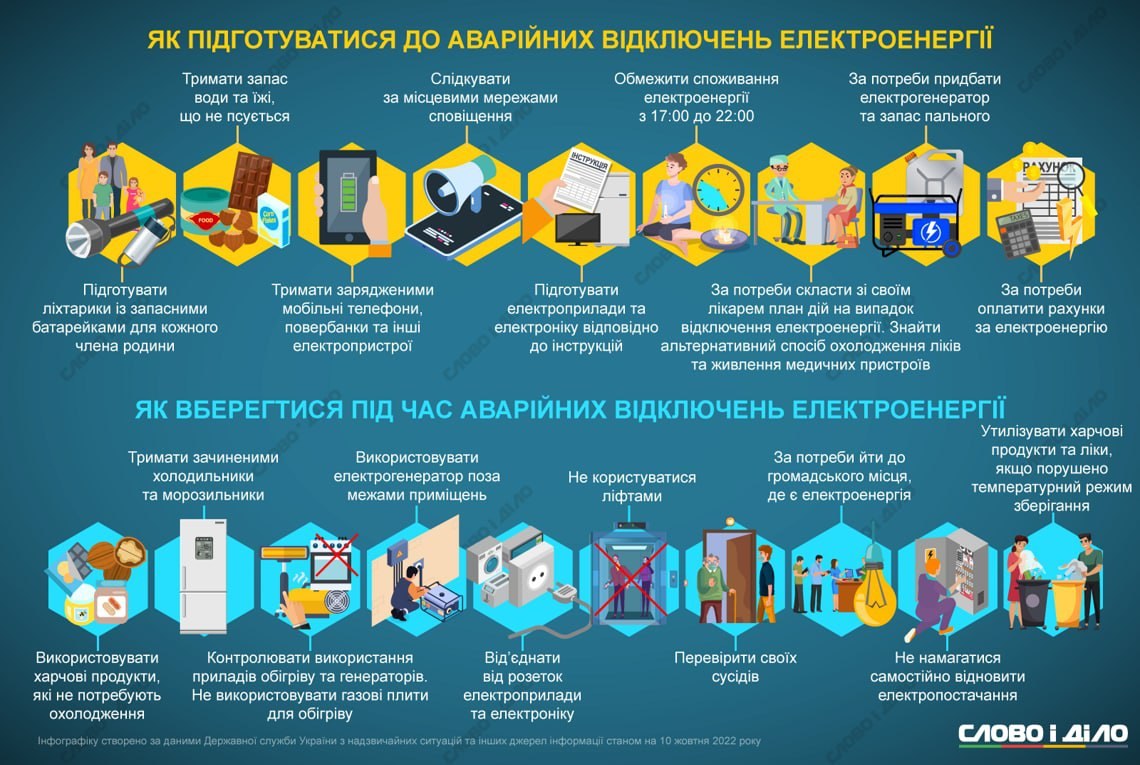 The most energy-intensive devices:

Moderate use during off-peak hours will reduce the load on our power system and allow the infrastructure of the unified power system to be restored as quickly as possible. 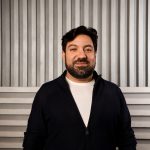 Anar Rafiev, president of the public union “Ukrainian Fund of Energy Efficiency and Energy Saving” and chairman of the supervisory board:

“Such a targeted attack on the energy system is another terrorist attempt to undermine Ukraine’s independence. We are grateful to the state for coordinated work and immediate response and restoration of energy supply in the regions. But, as energy efficiency and energy saving fund, the situation once again prompts us to work hard on the renewal and modernization of both residential and critical infrastructure facilities. So that every building in the country has its own local energy independence.” 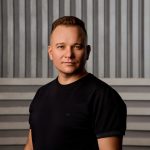 Yehor Stefanovych, head of the Board of the public union “Ukrainian Fund of Energy Efficiency and Energy Saving”:

“In such a difficult time for the country, unity and cooperation are critical. And we also understand how relevant today what we do in the UFEES and the League of the Renaissance of Ukraine. It is extremely important to have a single digital resource with which we can quickly record the destruction, use the necessary resources for quick recovery, and plan their further renewal and modernization today. And we already have and use such a tool as ONOVA GIS HUB. This innovative technological resource, developed in partnership with ESRI (USA) and the public organization “Electronic Ukraine”, is an effective mechanism for interaction. We are confident in its effectiveness, we have results and we continue to work hard. Because right now we have the opportunity to radically restore our Ukraine and make it a strong, comfortable, energy efficient, modern, and, most importantly, safe country.”